Why cassava rots in the ground 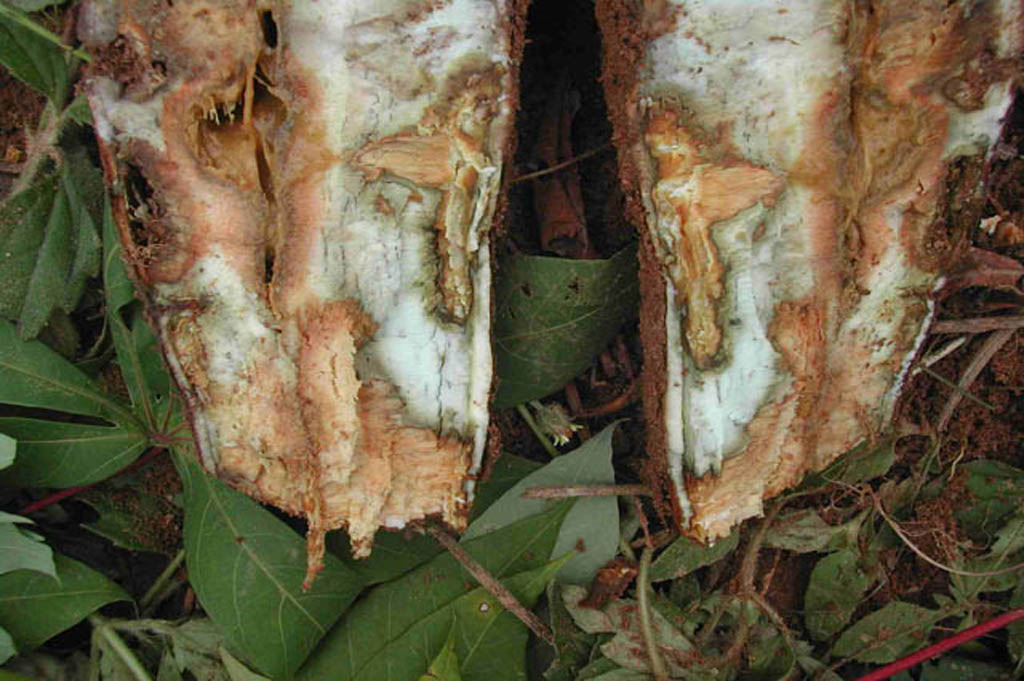 Root rot diseases of cassava are gradually becoming important in the major cassava producing regions of the world with high yield losses due to rots being reported regularly by farmers and Agriculture Extension Agents. Complete crop failure due to root rots have been observed in farms in different regions of the country.

Rotten roots are not suitable for food or any processed product such as ‘gari’ or flour.

Most farmers think root rot of cassava is a problem when the crop is cultivated in water logged soils or on land that becomes flooded at certain times of the year. It is true that water logged soils are not good for cassava production because they promote rots. There are however, other causes of root rot in cassava.

Several of the reported root rot outbreaks in recent years occurred in well drained soils with no history of flooding. These rots are often caused by microorganisms (fungi and bacteria).

Storage roots of affected plants may be swollen and are often coloured when cut open.

Rotten roots may be soft and give out offensive odour particularly in infections involving bacteria.

Shoot or stem die-back may be observed.

Stems may become weak at the base and lodge.

Methods of spread of root rot diseases
Root rot caused by some microorganisms require water to spread. Some reproductive or infective units of disease causing fungi have to swim to reach a new host.
Plant debris left on fields after harvest are often contaminated with disease causing fungi and are good sources of spores for infecting new plants.
Diseases are also transmitted through wounds by using contaminated farm tools such cutlasses and hoes.

At harvest, yield losses due to the parasitic mushroom can be very high. Yield losses of this nature are common in endemic areas of the disease. Farmers cultivating susceptible cultivars of this kind can experience 100% yield loss in disease hot spot areas. 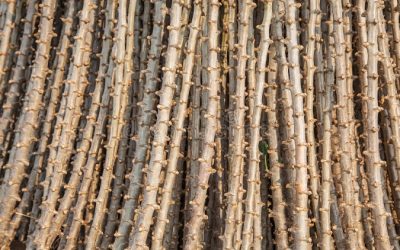 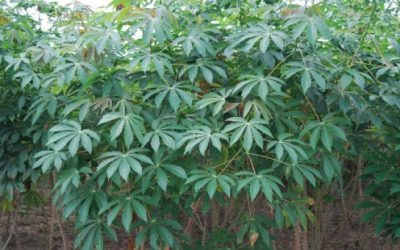 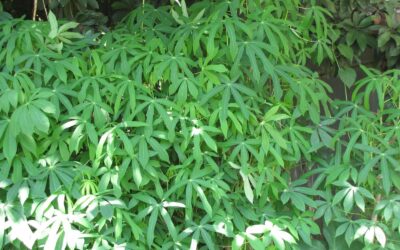