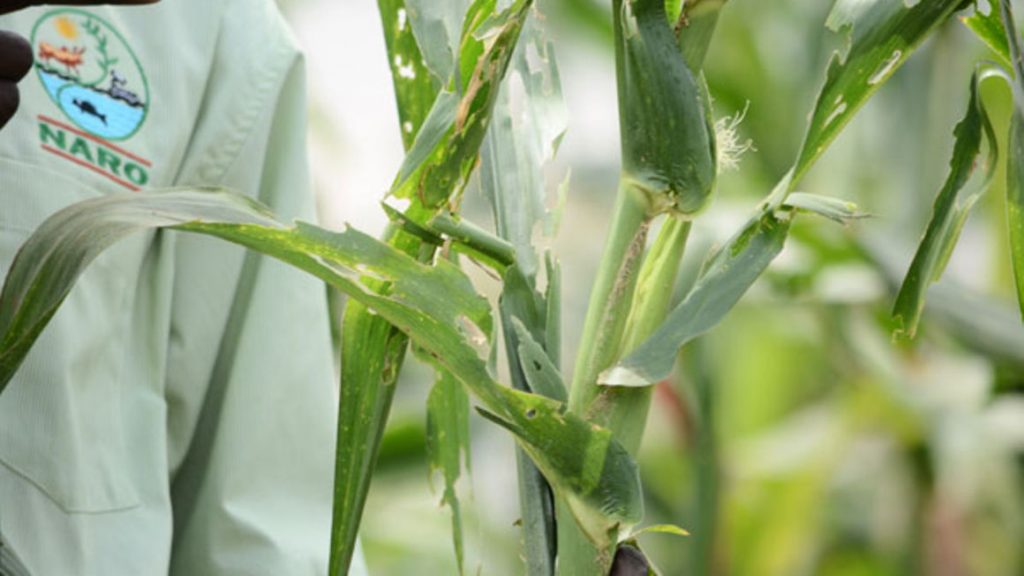 Before you can manage FAW, one should first know how they behave.
The FAW moths have both a migratory habit and a more localized dispersal habit. It can migrate more than 500 km before positioning to settle in one place. When the wind pattern is right, moths can move much larger distances of 1,600 km. The pest is capable of persisting throughout the year.

Armyworm species
There are a number of species of armyworm caterpillars, many with a distinct taste for a particular plant or vegetable. Some will eat anything green. They attack at night and hide in plants and under garden debris during the day.
They attack the crop at their larval stage sometimes moving in masses to new areas in search of food. In Uganda the attack is mostly aerial, with the gray moths usually arriving under cover of darkness to lay eggs on leaves of maize in farmer fields.

Using sex pheromone traps
Farmers should erect pheromone traps near fields to trap adult male moths. A pheromone is a chemical secreted by a female insect to attract males for mating and once the male insects are trapped in the bucket there is no more possibility of mating.

It is important to establish it in one month before planting the crop and the trap is placed next to the maize field so that the scent of the pheromone is carried across the top of the plants by the wind and they should be hanged on poles. It is replaced every

Use of natural predators
Farmers should avoid using harmful pesticides or practices that would inadvertently destroy beneficial insects. Some bird species, especially soldier birds are good at consuming the fall armyworm and farmers are advised not to scare away birds seen in search of pests in their farms.

Farmers are expected to spray the field with insecticides such as Garden Dust, Monterey Garden and Rocket. They must use selective and biological pesticide containing Bacillus thuringiensis to control leaf eating caterpillars and FAW.
FAW in tropical climates completes its life cycle in 30-40 days and farmers are expected to avoid treating successive generations of the pest with the same active ingredient.

Other preventive methods
Farmers have been sensitised to use natural horticultural oil spray, an example is multipurpose neem oil spray at various stages of larvae growth. 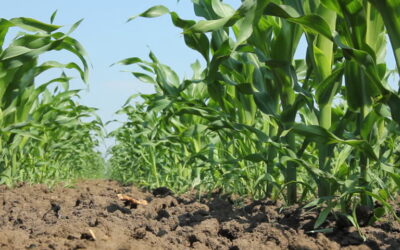 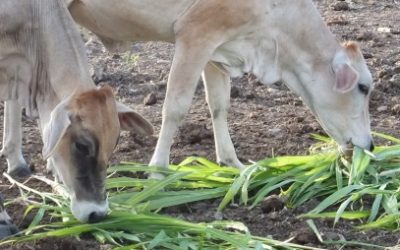 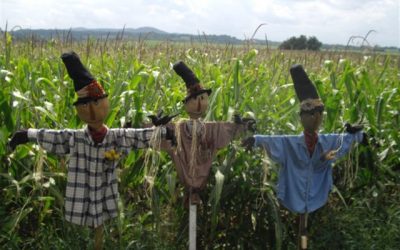 Effectiveness of Scarecrows on your garden.