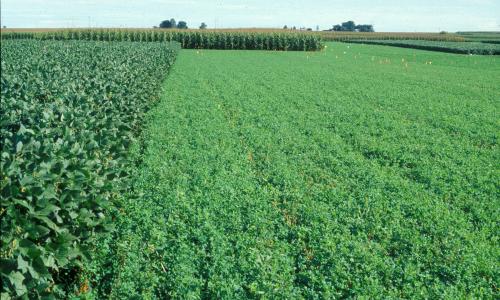 While crop rotation may not be a new practice, have you considered including seasonal pastures in your cash crop system?

Ley cropping system, in which a grass/legume mixture is grown in rotation with agricultural crops, starts with the planting of maize every second year, and annual ley crops in the alternate years.
In this system, perennial pastures can also be utilised in years two and four, between maize production years.

The important question every farmer should ask is this: which pasture species can be used for this system on my farm?
It’s important for the species and cultivars used as ley pasture crops to have specific characteristics.

Ley crops have two functions: to serve as good-quality animal feed, and to improve soil quality and fertility for the grain crops that will follow. Knowledge of the impact that a specific ley crop will have on soil and nutrition is therefore crucial to success.

Initially, the grass will produce oxygen. Animals graze the grass, and this leads to the dung they produce, the plant roots and residues, and the micro-organisms in the soil creating organic material and carbon, which feed the soil. Some examples of ley crops that excel in these situations are:

Pasture crops that increase the soil’s nitrogen content are ideal for this, and farmers should consider the following options:

Benefits of ley crops
All legumes can provide nitrogen supplementation. In general, legumes need phosphorus for nitrogen fixation, but are poor scavengers of it in the soil.

Legumes acidify the soil, which tends to make phosphorus less available to them. To combat this, farmers should plant more grass crops.

In large part, grass cover crops store and supply more phosphorus than legumes do because they have finer root systems and cover a greater surface area than legumes with their taproot [systems].

In a mixed legume/grass pasture, the legume cycles nitrogen to the grass and the grass cycles phosphorus to the legume. The use of grass in a rotational system can also limit soil erosion, he explains, adding that grasses have fibrous root systems to bind soil.

Fodder crops can also be used as natural herbicides and for weed suppression due to their allelopathic effects. The best varieties for these purposes are stooling rye, oilseed or tillage radish (Raphanus sativus), oats, barley, pearl millet and forage sorghum. Annual ryegrass, cereal rye and sorghum may be used for controlling soya bean cyst nematodes.

In wetter regions, farmers might want to consider crops that can tolerate wet soils, such as sweet and red clover, annual ryegrass, cereal rye, wheat and oats.

If a producer is looking for a crop that can tolerate soil salinity and control nematodes, he or she can consider Rhodes grass.

These crops are also effective in the recycling of nutrients, the reduction of soil compaction, and the promotion of weed suppression.

Conventional ley crops
Fodder sorghum is adapted to most soils and grows well in areas with annual rainfall of 500mm and above. It 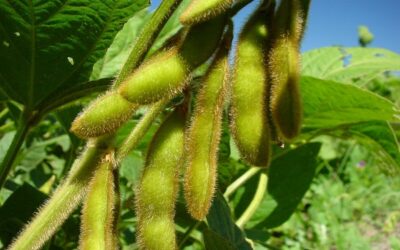 How to maximize Soya Bean yields. 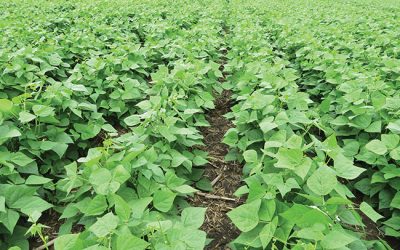 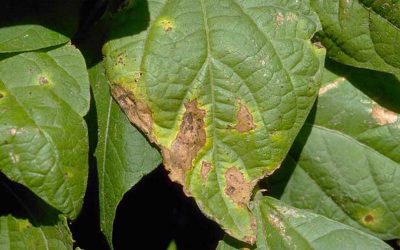 Discover your Plant problems on your own.