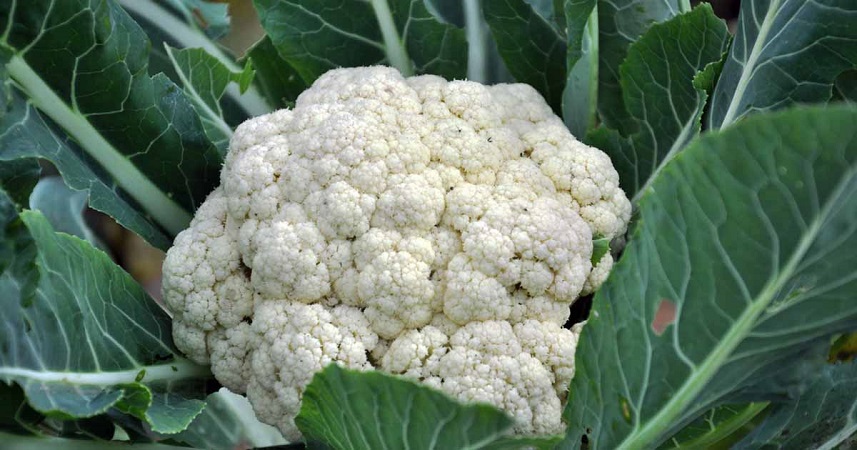 Cauliflower is a flower vegetable that belongs to the brassica family, together with cabbage, broccoli, kale and Chinese cabbage.

The only difference is that while cabbage forms a head, cauliflower forms white curds. The edible part is the white flower buds and stems.

The crop has low demand in the domestic market and is grown mainly for the high-end market, according to the Horticulture Validated Report (2014).
Cauliflower is mainly produced in Kayunga, Luweero, Wakiso and Mpigi districts.

The crop has numerous health benefits, including helping to reduce cancer risk, fights inflammation, decreasing the risk of heart diseases and brain disorders, improving digestion, is a good detoxifier, aids in weight loss, helps balance hormones and maintains good eye health.
Cauliflower is also rich in vitamins C and K and other minerals such as calcium, magnesium, phosphorous, potassium, zinc, sodium and iron.

Requirements
For best growth and quality cauliflower, moderately uniform cool temperatures are needed. Too much heat can prevent curd formation.
While still vegetative, plants have some frost resistance, but freezing temperatures can cause considerable damage once buds and inflorescence have formed.
Exposure of cauliflower to temperatures below 10°C after field planting leads to premature flowering and the formation of smaller heads called ‘buttons’.
The optimum temperature range for curd formation is 13.9-20°C. Above 20°C, the quality is reduced. Above 25°C, curds may not form at all.

Cauliflower curd formation is more sensitive to temperature extremes, which may cause several different types of market defects.

The crop needs well-drained soils, friable and with high water-holding capacity. The best soil pH is 5.5 – 6.5. The crop requires constant water supply for good growth and yields. Hence, where rainfall is inadequate, irrigation water should be available.

Cauliflower has a relatively high requirement for molybdenum, whose deficiency occurs in acidic soils with pH less than 5.5. Molybdenum deficiencies can be corrected by liming, foliar fertiliser applications or seed treatment.

Cauliflower is propagated by seed, which are sown in the nursery bed and later transplanted after three to four weeks to rows 60-75cm apart and 45-60cm within the rows. Wider spacing (75x60cm) is usually adopted for late-maturing cultivars and closer spacing (60x 45cm) for early-maturing cultivars.

Before transplanting, the nursery bed should be thoroughly watered three to four hours in advance to minimise damage during lifting of seedlings.
Preferably, remove seedlings separately, never pull as this may damage feeding roots.

Cauliflower is a heavy feeder of nitrogen and potassium. Organic matter, phosphorous and potassium fertilisers should be applied before transplanting.
Top dressing using nitrogenous fertilisers is done four weeks after transplanting and three weeks thereafter. Rates are 5-10g/plant (185-370 kg/ha) of CAN and 200 kg/ha DSP.

Cauliflower has a shallow root system and, therefore, when the plants are growing, they will require constant availability of moisture.
Adequate moisture promotes production of large heads. Lack of adequate moisture may lead to tough, fibrous stalks and tip-burn of broccoli. 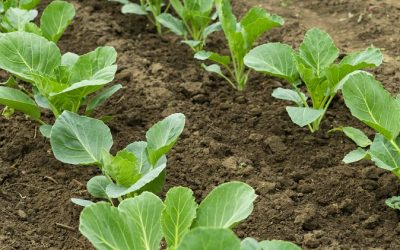 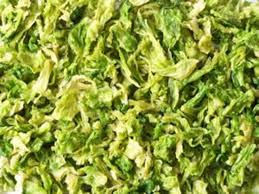 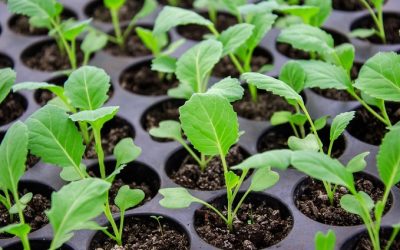 Cabbage growing problems and how to solve them