Different aspects of a maize plant 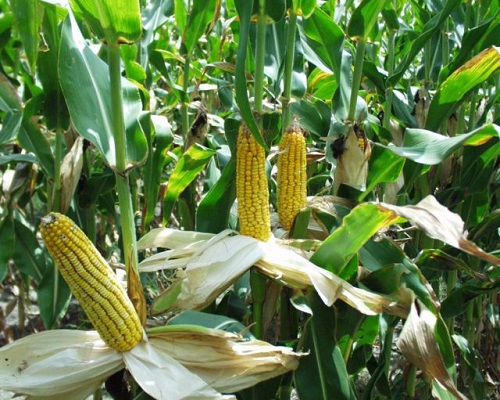 Roots
If root growth is unrestricted, the root system of a mature maize plant will extend about 1.5m laterally and 2m or more downwards.
Adventitious roots originate from the stem, branches or leaves of some plants. In maize, they develop in a crown of roots from nodes below the soil surface. Normally four to six adventitious roots are formed per band.
After tasselling, prop roots develop from the first two to three aerial nodes. These roots are comparatively thick, pigmented and covered with a waxy layer. They support the plant and take up nutrients.
Numerous root hairs occur on young plants. These increase the root surface area exposed to the soil and play an important role in the absorption of water and nutrients.

Leaves
The 8 to 20 leaves that may form are arranged spirally on the stem. The maize leaf is a typical grass leaf and consists of a sheath and a blade. The leaf blade is long, narrow and undulating, and tapers towards the tip. It is supported by a prominent mid-rib along its entire length. Stomata (pores) occur in rows along the entire leaf, more on the underside than on the upper surface.
On the upper surface are motor cells. Large and wedge-shaped, these lie in rows parallel to and between the rows of stomata. During moist conditions, they rapidly absorb water, become turgid (swollen) and unfold the leaf. In warm, dry weather, the cells shrink and the leaves curl inwards, exposing a smaller surface to evaporation.

Stem
The maize stem varies in height from less than 0,6m in some genotypes to more than 5m in others. It is cylindrical, solid and clearly divided into nodes and internodes. Nodes hold the leaves and internodes are the spaces in between. A maize stem may have eight to 21 internodes. Those directly below the first four leaves do not lengthen, while those below the sixth, seventh and eighth leaves lengthen to approximately 25mm, 50mm and 90mm respectively.
The lateral shoot bearing the main ear develops more or less from the bud on the eighth node above the soil surface. The five or six buds directly below this give rise to rudimentary lateral shoots, of which one or two develop to produce ears. 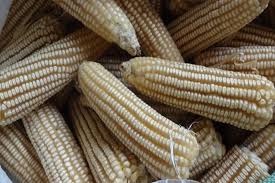 Proper storage of maize after harvest 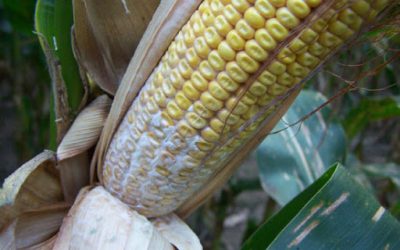 Dealing with maize mold in the garden 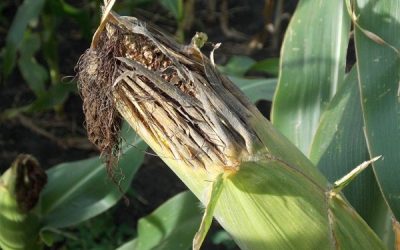