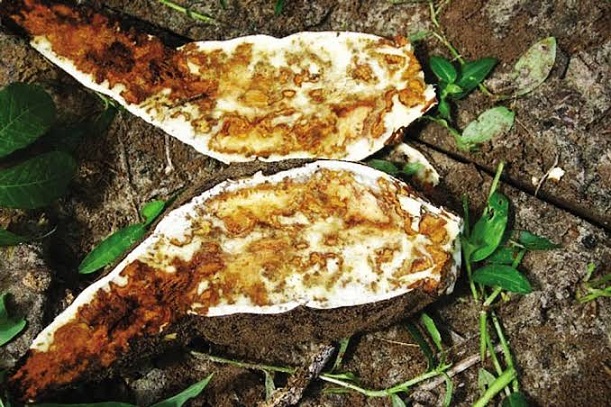 Cassava brown streak disease (CBSD) is a devastating disease that causes loss of cassava root (tuber) production and quality. It can render susceptible varieties unusable if cassava roots are left in the ground for over nine months. CBSD is now occurring in areas that were believed to be unsuitable for the disease such as high altitude areas away from the Indian coastal belt in Kenya, Tanzania and Mozambique.

Cassava brown streak disease causes substantial root yield loss of up to 100 percent particularly in worst affected areas. This is worsened by the fact that the symptoms are elusive, i.e. cannot be recognized easily by untrained or
inexperienced people, and may not appear until the cassava plant has stayed longer than 9 months. Worse still, some farmers even confuse the symptoms with those caused by the more familiar Cassava mosaic disease (CMD). The gravity of the situation is that almost all varieties bred or selected for resistance to CMD are susceptible to the
“new strain” of CBSD occurring in Uganda, inland areas of Tanzania and Western Kenya. Additionally, the disease causes loss in both quality and quantity of storage roots (tubers). Storage roots showing CBSD symptoms are not fit for human and animal consumption.

Symptoms of cassava brown streak disease on leaves
1. Symptoms of cassava brown streak disease appear as patches of yellow areas mixed with Cassava brown streak  disease.
2. It produces characteristic yellow or necrotic vein banding on leaves which may enlarge and join to form comparatively large yellow or necrotic patches
3. The yellow patches are more prominent on mature (bottom) leaves than younger ones.
4. Chlorosis is often also associated with secondary veins; veinal chlorosis is on mature cassava leaves.
5. The infected leaves do not become distorted in shape as occurs with leaves infected by Cassava mosaic disease.
6. Advanced symptoms on the leaves become an irregular yellow blotchy chlorosis that is most pronounced in the
periphery (margins or edge) of lower leaves.

Symptoms of cassava brown streak disease on stems
1. The disease appears as dark brown “streaks” and “spots”  on stems, with dead spots on leaf scars.
2. These streaks are most prominent on upper, green portions of the stem.
3. “Streaks” may appear as scratch-like wounds on stems.
4. The diseased plants may show shoot tip death, which may progress into cassava stem die-back.
5. In severe cases there may be leaf drying and shoot die-back 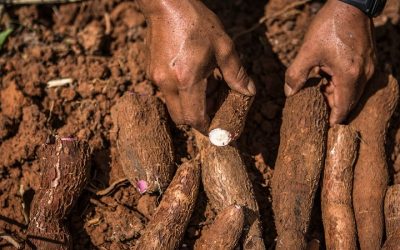 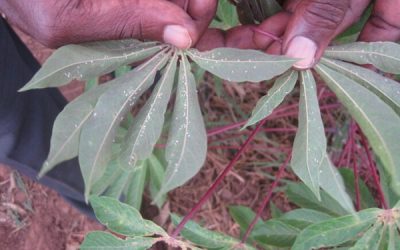 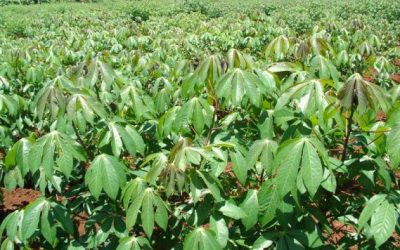