Process and systems for planting Bananas 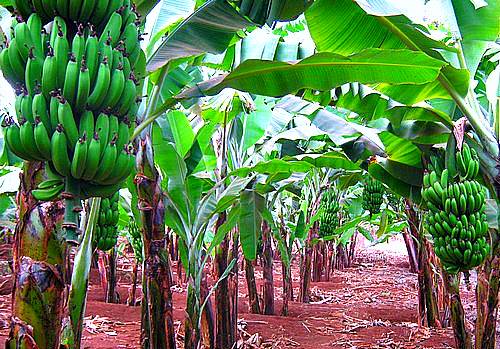 Planting can be done in May-June or in September – October. Single sucker is planted upright in small pits taken in the centre leaving 5 cm pseudostem above soil level. Soil is pressed around the sucker to avoid hollow air spaces. Tissue culture plants are planted on the top of the pit at ground level. Polye cover should be removed before planting without damaging the roots. Planting is followed by light irrigation. Partial shade should be provided immediately after planting.

Banana can be planted throughout the year except in severe winter and during heavy rains when the soil remains very wet.

The ideal time (October-November) of planting.

With assured irrigation, the planting can also be done in February-March.

Apply 25 g Pseudomonas fluorescence / plant at the time of planting.

Pre-treatment of suckers
Trim the roots and decayed portion of the corm, cut the pseudostem leaving 20 cm from the corm and grade the suckers to size.

To avoid wilt disease in wilt susceptible varieties, infected portions of the corm may be pared and dipped for 5 minutes in 0.1% Emisan solution (1 g in 1 lit of water).

Pralinage is done with 40 g of Carbofuran 3 G granules per sucker. (Dip the corm in slurry solution containing 4 parts clay plus 5 parts water and sprinkle Carbofuran to control nematodes).

Alternatively, dip the corm with 0.75% Monocrotophos, shade dry for atleast 24 hours and plant.

In this, less number of trees occupied in the field and yield will automatically reduced .

Due to this spacing, intercultural operations can be carried out easily and cost of drip irrigation is decreased.

Square System
This is the most commonly followed system and is very easy to layout.

In this system, trees are planted on each comer of a square whatever may be the planting distance.

The central place between four trees may be advantageously used to raise short lived filler trees.

This system permits inter cropping and cultivation in two directions.

In this, adopt spacing in between rows was 1.5m and plant to plant was 1.8m in the row.

The trees are planted as in square system but the difference being that those in the even numbered rows are midway between those in the odd rows instead of opposite to them.

When compared to square system, each tree occupies more area and hence it accommodates few trees per hectare than the square system. 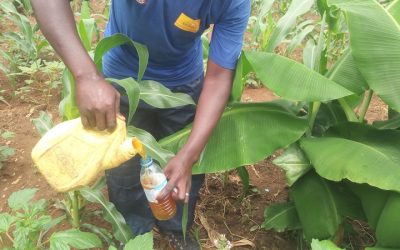 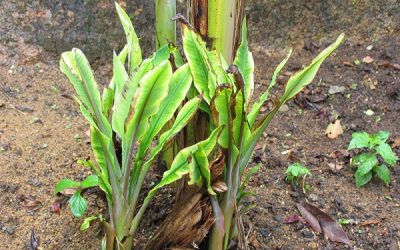