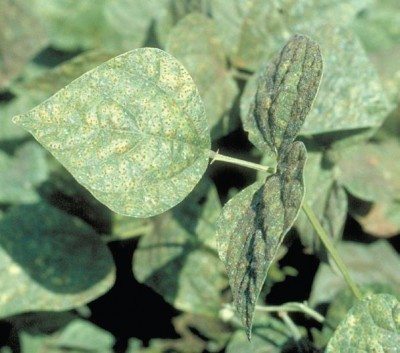 One pest that every bean farmer knows is the African bollworm. This tends to appear sporadically, rather than building up its population gradually.

When climatic conditions are favourable, the night-flying moths emerge and start laying eggs. On hatching, the larvae initially feed on the young leaves, then graduate to the pods, where they make holes, rendering the beans unmarketable.

Because of the pest’s sporadic nature, it can catch you off guard. To avoid this, place a few pheromone traps on the edges of the land to catch the males; if you do, it is a sign that egg-laying is about to begin.

The sooner you become aware of the problem, the better; newly hatched larvae are easier and cheaper to control than the larger caterpillars.

Avoid spraying regularly for bollworm; it is a waste of money and effort; spray only when necessary.

When you do so, use a ‘soft’ product that does not harm beneficial insects.

The leaf miner
Using a harsh pesticide on bollworm can even cause an infestation of leaf miners. There are many species of parasitoid wasps that keep leaf miner numbers in check. By using a harsh product for bollworm, you inadvertently kill these parasitoids, allowing leaf miner populations to build up. If leaf miners start to become a problem on a crop, have a good look at what you’re spraying.

Aphids
Aphids are another pest that may crop up from time to time, particularly with successive plantings. They need to be controlled, not only for the damage they do, but because they are vectors for viruses. The usual culprit is the black aphid. This can be controlled effectively with pirimicarb, which will not harm beneficial insects. In some cases, spot spraying may be sufficient.

The bean fly
Some areas may be prone to damage by the bean fly. A small, black fly, this lays its eggs on the leaf near the petiole. The maggots tunnel down the petiole, enter the stem and head for the root. They return to ground level to pupate, causing a cracking and swelling just above soil level. Only systemic pesticides are effective against this pest; if it becomes a problem, seek advice from your crop chemical representative.

Fusarium
A stress-related pathogen, Fusarium infects the plant during heat and drought stress, especially when the soil condition is poor, and causes the roots to turn a reddish-brown colour. Some fungicides can reduce damage.

A fungal disease
Rhizoctonia, a soil-borne fungus, manifests as slightly sunken reddish lesions just above and below soil level. Hot, stressful conditions and poorly structured soil favour the development of the disease. Treating seed with a fungicide will help. 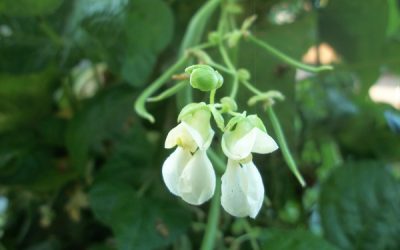 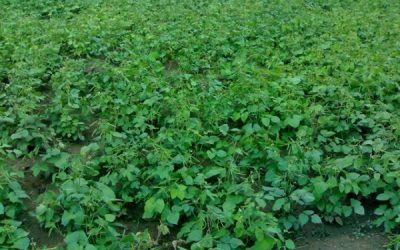 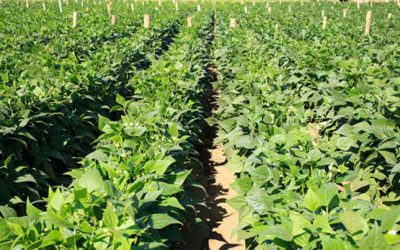